The Matchmaker who arranged 2500 marriages 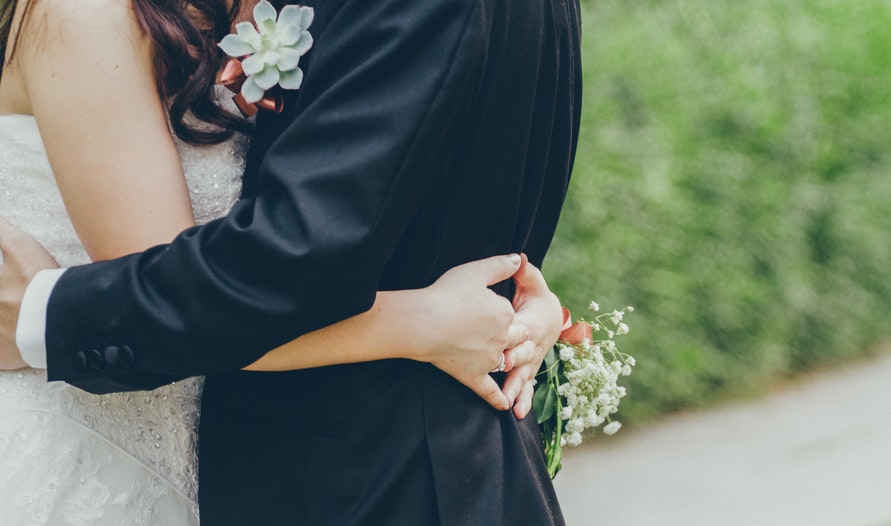 In the early 90s, Romanian society changed dramatically. After 44 years of communism, two decades of which were under the brutal dictatorship of Nicolae Ceaușescu, protest broke out across the country that brought down the regime in only one week.

The revolution marked the beginning of a long and difficult process of democratic change that would solve the problems created by decades of misgovernment. During the period many poor Romanians turned to their wealthier neighbors to imagine a better life.

At the time, Romanian-born Antoaneta Hambitzer lived hundreds of kilometers away, in West Germany. She saw that this political shift presented possibilities. She left her hometown Arad, near the border with Hungary, in 1986, after meeting her first husband in the early 80s. That marriage didn’t last—the two divorced in 1990 and she lost custody over the child they had together. She says that she tried to challenge the decision for three years but was unsuccessful because her husband was a German doctor and she was a foreigner. “Even now, more than 30 years later, I feel sick when I think about it,” Hambitzer says.

In 1990, the then-32 years old Hambitzer had a long-term relationship with a Romanian man living in Germany. “We were a good match, and we felt passion and harmony,” says Hambitzer,” but he was much younger than me.” The two broke up almost ten years later because his parents didn’t accept her. But the heartbreak she went through changed Hambitzer’s life forever.

“I saw an ad in the paper about a company that arranged marriages between German men and Polish women,” says Hambitzer. Motivated by her own heartbreak in the West, Hambitzer wanted to investigate this industry further. “I didn’t know how it worked, I had no idea what I was doing. But I wanted to learn,” she says.

Harbitzer was hired by the company from the ad, but she soon realized that she wasn’t making enough. Determined not to give up, Hambitzer decided to start her own matchmaking company after her first contract expired. Thirty years later, thanks to the huge impact that technology has had on the dating industry, Hambitzer’s Antoinette Marital Agency is still thriving. Since the official start of her company in 1993, she claims to have arranged more than 2,500 marriages between wealthy German bachelors and Romanian women.

“My parents divorced when I was three years old and I had a difficult relationship with my stepfather,” she says. “So I try to help make other people happy, satisfied and joyful.”

In the early years, Hambitzer traveled alone to Romanian cities to personally meet the girls who signed up for her matchmaking. Toward the end of the 90s she found a German partner—an agent based in Frankfurt.

Her service works as follows: first, people who are interested contact her and she then sends them a form to fill out and send back to her with a photography [of themselves]. The form is for basic information—name, age, date of birth, height, occupation, and whether or not they want children. “These are the most important data,” says Hambitzer. “The rest, hobbies and character traits, are not important.”

Then she sends the Romanian candidates a letter with a time and place for a meeting. “The invitation was simple: on a certain date I would come to Romania with the German men, and for their part the girls promised to be punctual and nicely dressed,” Hambitzer says. “The idea was that we would have a good and social time.”

With the German bachelors, she ended up touring Romania, stopping in several cities to introduce the men in person and a potential partner. “My first tour took place in 1996,” says Hambitzer. “I came with two cars and eight German men, and we traveled to eight different cities. It was very tiring, but the result was good.”

One of the first people Hambitzer successfully paired was a boy who lived near Bonn in West Germany. His parents were very eager to see him get married. “I remember after the wedding his parents invited me to dinner at their house and they placed me at the head of the table. They were so happy that I had arranged for their son to be married,” Hambitzer says. “For me, that was great.”

According to Hambitzer, the Germans instantly fell in love with the Romanian women because “they were so beautiful and low-maintenance.” But it turned out that the potential Romanian partners did not have reciprocal feelings at that point.

“The Germans were under the assumption that Romanian women would fall in love with them when they saw them and that they would immediately be willing to move in with them. But that was not the case at all,” says Hambitzer. “They [the Germans] were heads of companies, they were people of high status, they were not poor. A lot of times they were not happy when they found that things were not going as they had hoped.”

All these meetings started with an opening night, where hundreds of Romanian women came to find a partner. “The Germans were always surprised that the girls were so beautiful and elegant, they had never seen such beautiful women in their lives,” Hambitzer continues.
The service became so popular in Romania that Hambitzer says she received thousands of applications over the years, each complete with a photo and a form with personal information. “I had two big stacks of folders from A to Z, about 28 in all,” she says. “When a girl got married, I would take her out of the album and replace her with a new one. I had red albums for the younger girls, up to age 30, and blue albums for the older girls, from age 39 to 50.”

The first ten years, about 30 to 35 Germans came along on the Romanian tour, which lasted about a week. “Most of them found a match already during the first night,” says Hambitzer. That became a problem, because she didn’t want her Romanian clients in the other cities to think they were being scammed if Hambitzer didn’t arrive with enough men. So she convinced all the men to just come along, to chat and be social, regardless of their relationship status. “By the end, maybe two men remained: one who was not presentable at all and another who thought he was so special that no woman could be a good match for him.”

With a sense of nostalgia, Hambitzer says those trips were “phenomenal.” “The opening was on Sunday, and in the days that followed I took them to wine tastings, to parties with DJs and traditional food.”

They also often went to a German who had a farm outside Arad to barbecue while enjoying music. “In the winter there was the pig slaughter ritual, and in the spring the lamb slaughter ritual,” says Hambitzer. “New Year’s Eve was totally a blast. We didn’t have parties like that anywhere in Romania at that time. There was music and dancing girls on the tables. The Germans had never experienced anything like it.”
Every year Hambitzer tried to outdo herself by including more exciting stops in the route. In 2007, the Internet changed everything. “A lot of German people were trying to move their businesses online,” says Hambitzer. “The people in Frankfurt with whom we were working got involved in this, too.”

Her partner’s new business plan was to offer their customers a 5-euro monthly subscription to talk directly to the girls and make their own dates with whomever they wanted. That was cheaper than Hambitzer’s agency, which put a price tag of about 3,000 to 5,000 euros on the Romanian trips.

This crisis arose at a difficult time in Hambitzer’s personal life. After the end of her relationship with the Romanian man, Hambitzer married a medical engineer, but this again failed. “We both had strong characters and we didn’t agree on anything,” she says. “Love is not enough, beauty is not enough, traveling together is not enough. You need harmony, like I had with the (much younger) Romanian man, with whom I was compatible. So, I divorced again.”

The divorce had unpleasant financial consequences for her. So Hambitzer decided to return permanently to Romania, where she had bought two apartments in her hometown of Arad. Then suddenly there was an unexpected turn of events.

“I was in Thailand and staying in the house of a friend I had helped marry some time before, when I received a sudden phone call from a TV station,” Hambitzer recalls. “They wanted to invite me to a show where I would introduce Romanian girls to some German guys. I said I wasn’t interested.” But after repeated emails and phone calls from the TV station, RTL 2, Hambitzer finally agreed, “on the condition that my company, the girls and Romania were not to be ridiculed,” she explains. “They agreed.”

Hambitzer describes the group of men RTL had assembled as “special cases” and “diverse.” “Only later did I realize that they had been chosen to attract audiences,” she says. Women from other countries also appeared on the show, Traumfrau Gesucht (Dream Woman Wanted) and it became a huge success. This marked a turnaround, and a steady stream of new clients began contacting Hambitzer’s business again. Her return to Romania was off the table.

Another major change took place in 2005, when Romania joined the European Union, giving Romanians the right to live and work in wealthier countries such as Germany, Italy and Spain. Their brand-new EU passport also made it easier to obtain residence permits for countries outside the Union, such as the US, Canada or the United Arab Emirates.

Hambitzer claims that many women left Romania in search of work. Sometimes she still pairs them with Germans, but she now mainly focuses on Romanians who already live in Germany. Even in the age of Tinder and countless other dating apps, she says she still has clients who look for love in the wrong way. For example, one of her clients was almost scammed out of thousands of euros after falling for a Russian woman he met online.

Hambitzer’s business is still in good shape for now, although she says it doesn’t make her much money anymore. Sometimes she thinks about stopping, because she often has to work evenings and weekends, and she almost always has to be reachable by phone. But ultimately, she is passionate about her work.

“My clients are more than just a source of income, they’re my guests,” Hambitzer says. “I’ve met so many lovely people and have made so many friendships because of my work. I’ve helped hundreds of people.”